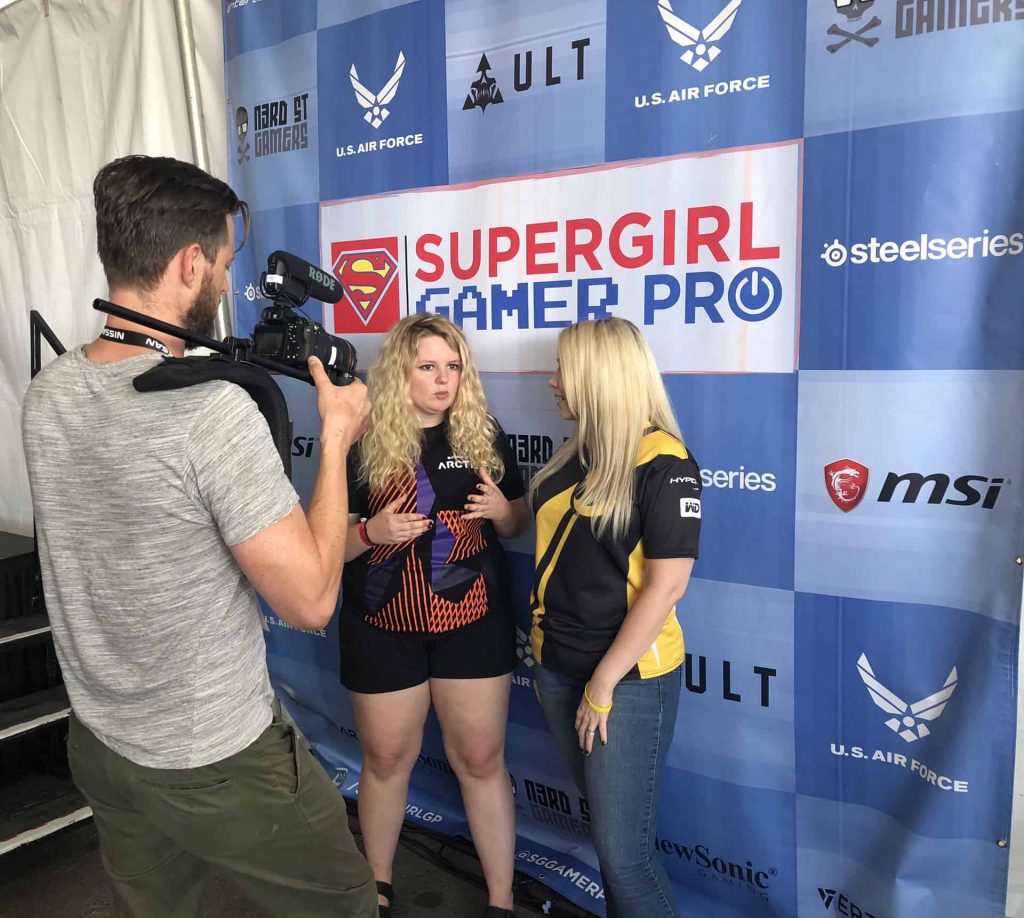 Melbourne, FL (June 24, 2020) – ASA Entertainment announced today that the Super Girl Gamer Pro will return for its fourth year as a celebration of women in gaming.  In light of the current and evolving situation on the COVID-19 pandemic, the Super Girl Gamer Pro will be hosting a series of weekly online tournaments from July 10 – September 6 that will serve as qualifiers for the season-ending Super Girl Gamer Pro Championships, which will be held October 3 – 4 in conjunction with the Super Girl Pro Festival in Oceanside, Calif.  Moving matches online will help protect the health and safety of players, staff, and team members as well as provide female gamers across North America the chance to participate.

“This is a really important series for women, and I am so happy to be a part of it,” said Garrido, Captain of the women’s CS:GO team for Dignitas. “It’s such a great step for Super Girl Gamer to expand its reach to women throughout North America via the online qualifying series. Most people recognize how critical it is to create meaningful opportunities for women, and it’s been gratifying to watch the progress Super Girl has made over the past few years.”

The Super Girl Gamer Pro is the only female-driven, multi-title esports tournament series in the U.S.  It was launched four years ago to provide a platform for female gamers in a safe environment and to help both inspire and empower women to take a larger role within esports.  Ultimately, the goal is to facilitate a future where women and men have an equal playing field within the gaming community.  As part of the Super Girl mission to provide opportunities for women in traditionally male-dominated industries, this unique series offers female gamers across North America of all skill levels a path towards greater recognition, access and acceptance.

“We are very excited to expand the Super Girl Gamer Pro to include an online qualifying series,” said Rick Bratman, CEO of ASA Entertainment, the producer of the Super Girl Series. “This is an exceptionally important initiative given the lack of opportunity and general toxicity towards women in gaming.  The Super Girl Gamer Pro’s empowerment platform is the perfect vehicle to help propel this movement towards equality and inclusion, and we are grateful to the many brands and individuals providing voice to this effort.”

Players and teams will earn their spots into the Championships through a cumulative ranking points system based on their results from the weekly online qualifier tournaments.

Registration for all tournaments is free and will be held through ChallengerMode https://www.challengermode.com/s/SuperGirl.   The online qualifiers and Championship matches will be streamed live on Twitch and Facebook Gaming with more than 225 hours of live streaming content.

Players and teams will compete for a cash prize purse, as well as sponsor prizing at the Championships.  Each player and team will also be able to apply for a Super Girl Travel Fund to help with financial assistance to and from the live event.  With this, we hope to help lower the barrier even further and give accessibility to as many female gamers as possible.

The Super Girl Gamer Pro Series and its message is supported by a consortium of like-minded brands that are passionate about taking a leadership role in developing equality for women in gaming.  GameStop, the US Air Force, Nissan, Zenni Gaming, Twitch, Facebook Gaming and the US Marines are just a few of the partners using their reach to amplify the Super Girl values.

For more information on the Super Girl Gamer Pro and to learn how to register, please visit http://nohatetour.com.

And tune into SuperGirlGP on Twitch to watch live.